From Dave Newman, Wisconsin: Thank you for putting in the work to write an intelligent book. Like the story of the [1932] Bonus Army this was an event in American history that needed to have its story told in writing.

I was an anti-war freshman in college who had been a high school football player. I was 18 at the time. Our group traveled to D.C. from Madison, Wisconsin, in a 1951 panel van bought from Oscar Meyer. I remember my mother saying to me: “If you are going to do this, I hope you get arrested right away so you don’t get hurt.” I replied, “That is when you do get hurt.”

[Newman and friends joined about 40,000 people at the Mayday encampment in West Potomac Park. Police raided the camp Sunday morning, May 2.] There were an awful lot of bad drugs passed out. I base this on the medical/trip tent. I’ve always wondered if that was not a part a response to the protest? We had picked up a young black hitchhiker, and we stayed at his grandmother’s after we got booted from the park.

I was arrested early May 3rd. We were picked up on Constitution Avenue after one of our group was clubbed in the head and was bleeding and we were trying to render aid/support. [Police stashed thousands of detainees at a makeshift detention camp, a football practice field near RFK stadium, and later bused them into the Washington Coliseum.] We were some of the first people at the practice field and then later ended up at the hockey ring. I tell the story of canned goods (no can openers ) being thrown to us in the practice field. I also remember rocks being thrown from the campgrounds at low flying helicopters, and those of course falling back to earth on the far side of the camp grounds. 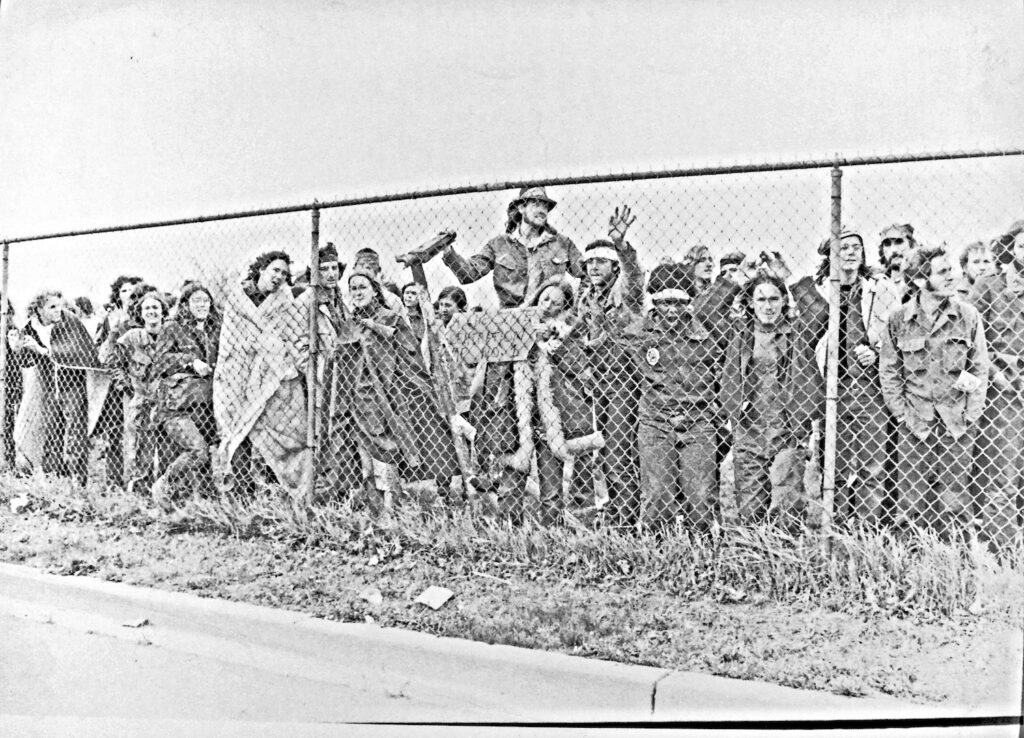 Happy to have paid the $10 [collateral] and gotten out. After being herded together, it was about a year until I could go to a concert – just didn’t want to be crowded inside with a lot of people.

I missed being scooped up again [on the last of three days of Mayday protests] by jumping off the side of the Capitol.

In my opinion the Mayday demonstrations hardened and radicalized the participants, much as the 1968 Democratic convention did. I always thought had we been more of a threat we may not have gotten out so easily.

While Mayday and [the protests by the Vietnam Veterans Against the War] may have been the last major national demonstration, more people demonstrated against the mining of Hanoi and Haiphong harbors in 1972 than against the Cambodia invasion in 1970.