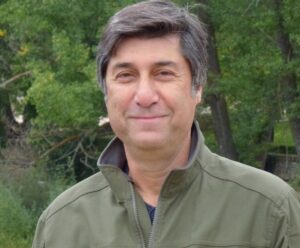 Lawrence Roberts, a long-time editor of investigative journalism, has worked at the Washington Post, ProPublica, Bloomberg News, and the Hartford Courant, and was executive editor of the Huffington Post Investigative Fund.

Over the years, his work with great reporters has received many journalism awards. He’s been a leader on teams honored with three Pulitzers: A Courant investigation into why the Hubble Space Telescope was launched with a crippling flaw; and at the Post, a series of stories that exposed Capitol Hill corruption, and a project delving into the exercise of power by Vice President Dick Cheney.

Roberts started out in the Pacific Northwest, where he helped create an alternative weekly, the Seattle Sun, and joined United Press International. He covered the cataclysmic eruption of Mount St. Helens and its aftermath.

Because someone (paging Bill Sweet) had given him a copy of Orwell’s Homage to Catalonia at an impressionable age, he lit out as soon as possible for Spain, where he reported on the awakening democracy after the Franco dictatorship.

Roberts graduated from Franconia College, a pretty out-there experimental school in New Hampshire. He taught journalism at Wesleyan University as a Koeppel Fellow. He and his family live in the Washington, D.C. area. Mayday 1971 is his first book.